Tales From Evenfall takes place in the real world as well as a large expansive fantasy game.
​
Browse the entries below to learn more about the origins of these locations.

Created by Arthur Wilson and his colleagues, the Monarch System was the first attempt at building a fully immersive world. One that people could travel to and experience a whole new life, full of magic, excitement and adventure.
​However, the process was not easy. The team had several disputes throughout the process, many revolving around the lifeforms created within the system. Some argued that these beings were sentient, while others claimed they weren't.
The disputes eventually lead to conflict within the system, while Arthur and his team were beta-testing the Monarch system a critical error lead a tear in the binomical code. Arthur was quickly ejected from the simulation while his friends remained trapped inside of it for years. 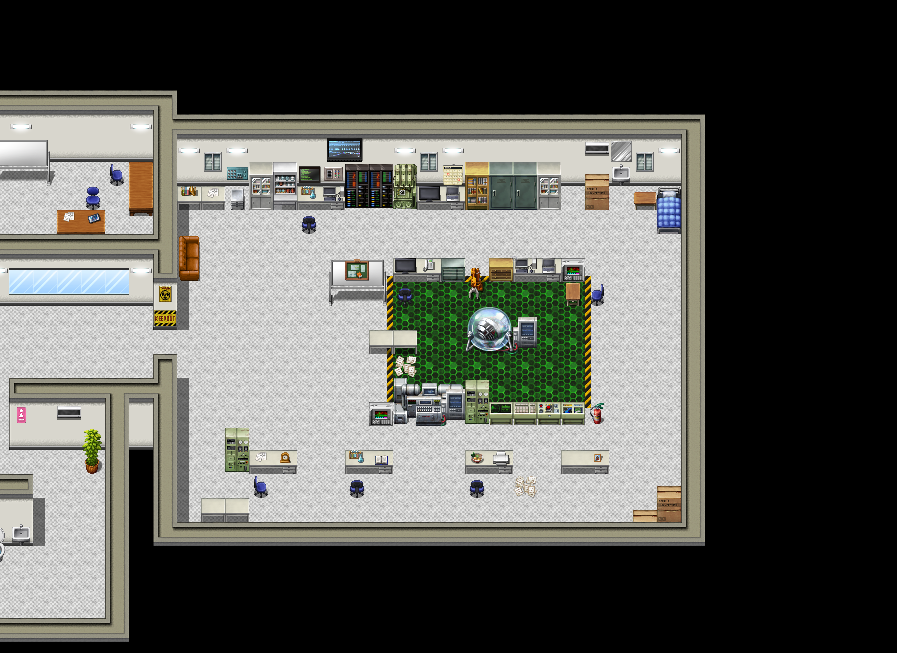 The world created by the Monarch team was named Edina. The first continent created was named Edinus in the center of the world. The Monarch team worked within the system tirelessly to create a real living world full of colorful characters and locations.
However, after just a few months, the team had already lost control of the beings they created. The simulated Humans, Elves, soon created their own nations and cities.
Relations soon worsened between the Elves and Humans and many bloody conflicts followed. Elves and humans battled relentlessly and eventually the Humans exiled Elvenkind from their lands.

Years passed and Elves eventually signed numerous treaties with Mankind and the two have managed to live peacefully for decades.
The Monarch Team observed something odd as they worked within the system. The noticed that time behaved differently for the people of Edina. It was hard to determine the exact rate, but it was clear that time was accelerated within the simulation. The people of Edina experienced life faster than their admin overlords.

Known mostly as the "breadbasket" of the Earth, Edinus is the center of all things economically, culturally, and socially. Many hard battles were fought to win the land over in the past. Edinus has the best trade route access making it vital to control, and a focus of the Empire.

The Calriddian Isles lie to the west of Edinus. These Islands are home to different people from all walks of life. From the former pirates that make their homes along the coasts, to the strong settlers of the cold north. Calriddian is considered the land of Opportunity, if you're looking to make a name for yourself, the Isles are the place to do it.

Sitting Northeast Aldune is the largest continent on Edina. Their abundance of land has provided them with many means to cultivate a strong economy and thrive as a nation. Originally settled by humans early on it has been often considered a sister nation to Edinus.

Most commonly known as just "The Empire" the Aldune Empire seeks to unify the loosely organized people of Edina. However, not everyone wishes to pledge fealty to one nation. This is causing a stir amongst more rebellious nations.

Tamir was settled early on by those who wished to remain nuetral in many Human-Elf conflicts that occurred in ancient times. Tamir enjoyed trade with its closest neighbor the Orrians, however, after their nation was destroyed Tamir suffered a critical blow to its economy and is now a shadow of its former self.

Orwell is the independent Elven nation located within the mountains on an Island West of Aldune. The Island was originally uninhabited when the Elves arrived. They were exiled there by the Humans after suffering a crushing defeat ending "The Orrian conflict".
The Elves worked hard to make Orwell their home, the cold harsh conditions weren't exactly welcoming to them or outsiders making trade difficult and sparse.

The Orrians were once a great race of half-elves. They inhabited most of the Orrian Isles and the large island south of Aldune. They managed to live peacefully despite being considered outcasts from both Humans and Elves alike. Their young nation was quickly destroyed by a large Elvish faction, fearing that they would rise up and side with Humans in the event of a war. This event propelled the humans to declare war with the Elves and began what is known as the "Orrian conflict".